This year we spent Christmas in New York and, yeah, it was just like Shane and Kirsty sang:  there were cars big as bars and the day we left the wind really did go right through you (a maximum of 0° and gusts up to 64 km/h), but apart from one day of constant rain the weather was actually pretty good. 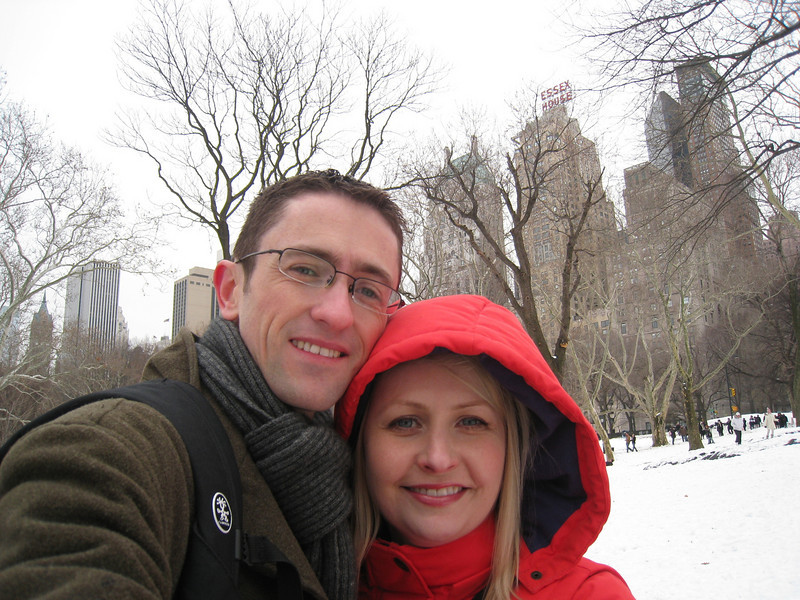 The show is a spectacular 90 minute review with dancing santas, finely choreographed toy soldiers, a nativity scene with live camels and donkeys, a 3D sleigh ride and of course the fantastically long-legged Rockettes. Formed at the Roxy Theatre originally as the Roxyettes, when they moved to Radio City in 1932 they were renamed the Rockettes and have been singing, tapping and high-kicking at Radio City for over seven decades.

I think this quote from an audience member on the website sums it up best:

The show my wife and I sat through was the best show we had ever seen and provided the ultimate Christmas memory, I was loving the show and turned to my wife during the show to ask if she was enjoying it, as I turned, I did not need to ask the question, as the tears of joy welled up in her eyes told me more than words could.

I’m only partly taking the piss; it really was a great thing to do in New York on Christmas day. After the show we had Christmas dinner at a diner near Times Square.

The show was fantastic; the dancing was stunningly good and and the set was incredible. At one point a 40 foot Christmas tree rises up out of the stage and at another 50 pounds of paper confetti fall from the rafters onto the ballerinas to create a magical snowstorm.

After Saturday’s downpour, Sunday was bright and clear so we took the opportunity to get outside as much as possible with a trip to the South Street Seaport, Brooklyn Bridge and Central Park.

The night before we were due to leave we headed to Broadway to see the first revival of West Side Story in thirty years. By now I’m starting to run out of superlatives but this was a thrilling, jazzy, cool, moving and simply great show. The combination of Bernstein, Sondheim and Robbins adds up to something more than the already astronomical sum of their parts. We had seats in the fourth row and the breathtaking choreography just blew me away.

This revival is new in that all of the Puerto Rican characters are native Spanish speakers and some of the text has been changed from English to Spanish. I think it works well although the changes are less than what was originally planned.

I’m still thinking about it days afterwards and not even the girl spilling her ice over herself next to me or the loud woman who wouldn’t stop talking behind me could spoil it. Quite simply it’s worth a trip to New York just to see it.

On the morning we flew back, we took shelter from the sub-zero temperatures and arctic winds in the Frick Collection. This is a wonderful little gallery of the artwork collected by Henry Clay Frick, a 19th-century steel baron, housed in his mansion on the Upper East Side. Like the Wallace Collection in London every room is stuffed with astoundingly significant works of art. Wherever you turn there are paintings by Vermeer, Rembrandt, Renoir, Turner, Bronzino, El Greco, Gainsborough Holbein, and the list goes on. It is far less crowded than the Met or MOMA (my God that place gets busy!) and the works are hung as if they were in Frick’s private house. Thoroughly recommended.

Unlike London, which turns into a bit of a ghost town at Christmas, New York really is the city that never sleeps and while the crowds of people taking pictures of the Christmas Tree at Rockefeller Center (?) can be a bit trying New York is still a fantastically cultured, beautiful and exciting city to be in — especially at Christmas time.

Photos in the gallery.