Like most Londoners, I was sorry to see the much loved Routemasters phased out a few years ago in favour of the much hated bendy buses. But all is not lost! In July our Mayor, Boris Johnson, launched a competition to design a new bus for London inspired by the Routemaster and a design by Foster + Partners and Aston Martin has just won first prize. How cool is that?

I like the design. It incorporates two of the great things about the original Routemasters: the open platform at the rear and conductors. And look. It’s a number 19!

It’s hi-tech too.  Apparently, “the new bus is zero emissions ready, accessible for all and will set new standards for sustainable public service vehicles. Passengers benefit from views from the top of the deck through a glazed roof which incorporates solar cells to generate energy and filter daylight to control the temperature inside.”

So when can we expect to be leaping onto the rear platform of these Astons? According to TFL, a competitive tendering process will determine to which company the final contract to build the new bus is awarded. This should be decided by the end of next year. The first prototype of the new bus will be on the streets of London by 2011. 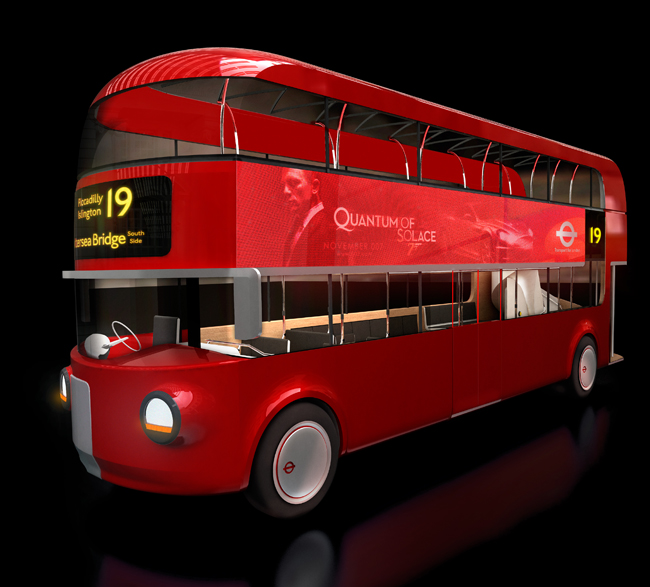 1 thought on “A new bus for London”