When someone dies what do they leave behind?

They continue to exist in the hearts and memories of those who knew and loved them but there are also physical reminders. Perhaps a gift that was given or a photograph that was taken. These take on an even greater importance than when they were alive and become a kind of link to those who are gone.

When Alan had to take a break from conducting the CCO due to his treatment he came up to me after the final concert and gave me his stick he had just used. This old piece of cork and fiberglass with a chipped end is so important to me. If it was just any old baton that I had bought myself then I would probably throw it out and buy a shiny new one but it is more than that. It’s a personal connection to Alan. When I had to conduct the orchestra at short notice at the last concert I used this stick and it felt like in some way Alan was there too; his student conducting his orchestra with his stick.

In the past it was just these personal objects that would remain but now we spend so much of our lives online there is a whole separate existence that remains on the web. When someone dies their blog or myspace page doesn’t suddenly stop. Their emails don’t suddenly disappear from your inbox and their contact details don’t vanish from your address book. If most of your contact with someone has been via email or the internet, as it so often is now, then it can be hard to accept that they are not there anymore. Perhaps their facebook page still shows events they are planning on attending. Their status message is permanently fixed.

I was reading through some old emails the other day, many from or about Alan, and came across a link to his livejournal site. Alan used this as a way of communicating and recording his thoughts while he was receiving treatment in Calcutta, India in 2006. I’ve mirrored it on my website so I’ll always have a copy. There aren’t many posts but they are filled with his amusing comments on the strange existence he suddenly found himself in. He writes about his treatment, the house he stayed in and the people he met. Mostly he complains about the noise.

Sometimes I find it hard to read but it is because it is so personal that I’m so glad I came across it again. It’s another reminder. Another weapon against forgetting. When I read his words complaining about the car horns, his drunk servant or his sore feet it is almost as if he is only away on a long trip and we’ll see him again soon for dinner at his cosy little flat where we’ll have some weird smoothie we’ll make from whatever Alan can find lying around. Maybe after dinner we’ll have tea and play duets on the piano until it’s time to go home. 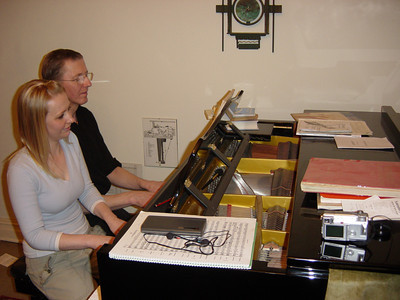