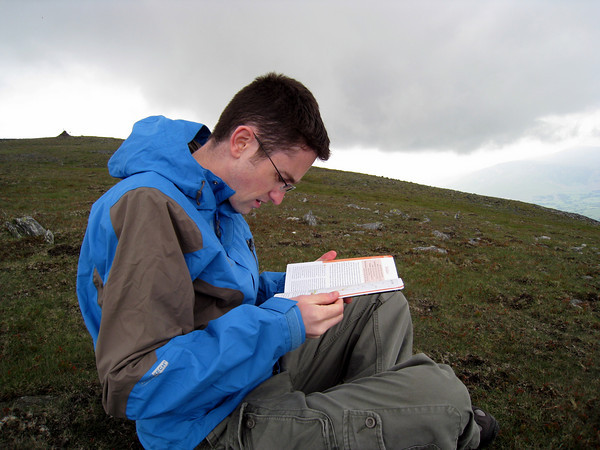 I’ve been rinsing my internet connection uploading loads of pictures to the gallery.

Back in June we had our yearly long weekend in the Lakes. Usually we go for a few moderately easy walks around the Fells but this year we decided to walk up a mountain. With its summit at 3,054 feet, Skiddaw is the fourth highest mountain in England. And it is one helluva climb. It was basically two hours of going up. When we stopped for lunch at Little Man the clouds suddenly descended on us and we found ourselves surrounded by mist. Despite the danger of plummeting 3000 feet to a stony death we pressed on grimly, occasionally passing fellow walkers as they loomed out of the whiteness. When we finally reached the summit, the clouds parted for a while giving us a muted but still impressive view over the fells. We couldn’t quite make out Ireland or the Isle of Man though…

Coming down was probably harder than going up; a winning combination of endless pounding on the knees and constant danger of slipping and falling on something sharp. It was fun. Really.

The next day we aimed for something much more relaxed. Starting in Keswick we wandered around the beautiful Derwent Water and up to Castlerigg Stone Circle finishing with one of the most amazing panoramas in the Lakes at Castlehead. 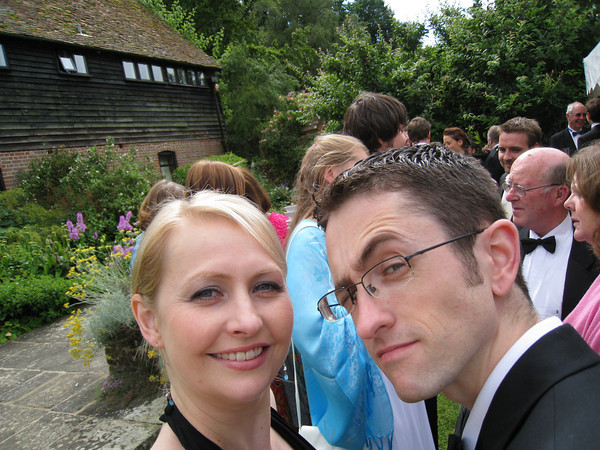 In July it was Jonathan & Louise’s wedding at the beautiful old Saxon church at Breamore. This was followed by a totally awesome reception at Lodge Farm which culminated in a huge fireworks display that destroyed a couple of tables. I love fireworks.

We left the day after the wedding to meet up with Carl and Jill in Venice, which by coincidence was the same place Jonathan and Louise were going on honeymoon! It was fun to catch up with them one night to see a concert of Vivaldi’s Four Seasons (natch).

Venice was the first place we visited abroad when we came to the UK and it’s just as wonderful now as it was then. It’s still the kind of place where you can pop into a random church in some quiet campo and find that it turns out to be San Zaccaria which contains the body of John the Baptist’s father, is stuffed with the most amazing works of art including Bellini’s Sacra Conversazione and sneak down some stairs and you come across an incredible permanently flooded crypt. This time we also had a bit more money, so we could afford two of the other kind of Bellini’s at Quadri’s this time instead of having to share one between us.

We stayed at a fantastic hotel in the Dorsoduro called La Calcina. From February 13 to May 23, 1877, John Ruskin stayed there and it is in a nice quiet area on the Giudecca Canal. They also have a roof terrace which you can book to have breakfast and gives an amazing view over the canal.

We visited the excellent Peggy Guggenheim Collection, we saw lace making on the colourful island of Burano , we saw glass making (and spent way too much money) at a glass factory on Murano, we visited the sublime cathedral of Torcello and took in the view from the tower of Palladio’s magnificent San Giorgio Maggiore.

Despite the tourists La Serenissima is still like nowhere else on Earth and what better way to leave than by speedboat with the wind in your hair and the sun setting across the lagoon.